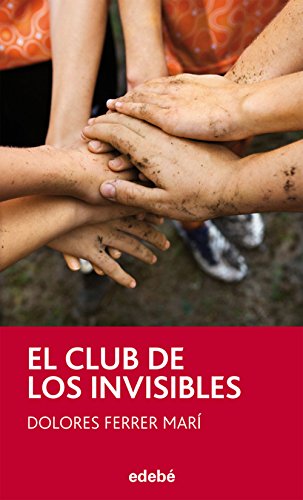 Juan Nadie (John Nobody) feels invisible. His parents forget about him, his teachers ignore him, and even the school bullies leave him alone. This summer, like every year his parents have sent him away to camp. But this year it's different. Here he'll meet other invisibles: Lex, Al, Ana and Salome (who can actually turn herself invisible). Lex is the son of an infamous mafia boss, who is soon to stand trial. The judge in charge is Zagal, father to Al, a chubby girl with her own problems. Ana is the youngest of the group, her parents separated after her brother Simon's death. Simon, the ghost of the story decided to stay on earth after his death to protect his sister. Salomé is the oldest, and the only one with the true power of invisibility. Together, the five help each other to overcome their fears, and beat the camp bully, but that's not all. Along the way they have to find a cave and a long lost book which holds the secrets of Salomé's power. The search is interrupted when Al is kidnapped by two thugs, presumably in the pay of Lex's dad Don Destí. Although all becomes clear, when they discover that the culprit isn't Destí but another criminal being tried by the judge Zagal. The Invisibles help to frree Al, in the process returning the book to Salomés family and, as the summer draws to a close, vowing to stay united.